Home » Borris Johnson Resigns: No longer the Prime Minister Of The United Kingdom

On July 7, 2022, the United Kingdom Prime Minister announced that he has officially resigned from his position. Though Johnson is yet to make a statement and address the country, it has been made official that he no longer holds the position of the Prime Minister of the UK.

For the past few weeks, the country had seen a thread of resignations from high-profile people who had held political power. Rishi Sunak, whom Johnson has appointed as the Finance Minister, was the first person to resign from his position.

Next on the list was Health Secretary Sajid Javid, who also resigned. In a very short time, more than 50 ministers have resigned from their positions.

On Thursday, July 7, one of his closest allies Nadhim Zahawi, the new finance minister, told Johnson to resign. He took to Twitter and urged him to “leave with dignity.”

After more and more ministers started to quit their positions, Johnson, who was already under a lot of pressure for his controversial political career, announced that he is willing to resign.

Johnson has mentioned that he is leaving as it is “clearly the will” of his own party. At the door of the 10 Downing Street, the former Prime Minister Borris Johnson said:

“Of course, it is painful not to be able to see through so many ideas and projects.”

Borris Johnson had become the Prime Minister of the UK as the leader of the Conservative Party only three years ago after taking the position from Theresa May. 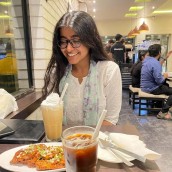 Ankita Tripathy loves to write about food and the Hallyu Wave in particular. During her free time, she enjoys looking at the sky or reading books while sipping a cup of hot coffee. Her favourite niches are food, music, lifestyle, travel, and Korean Pop music and drama.